Two of Chagoury’s associates have also been flipped & are cooperating to avoid prison. But there is much more behind this as it exposes corrupt political contributions through straw donations. 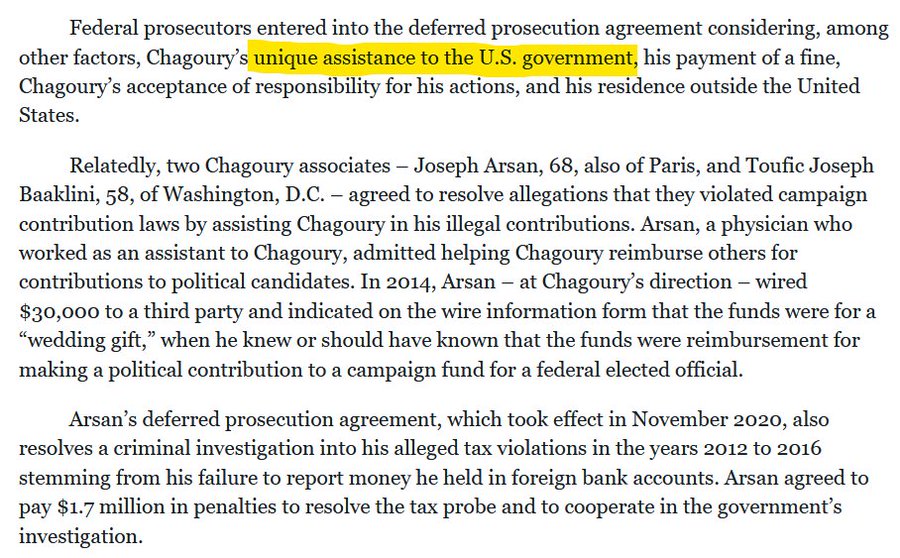 We will get back to this later, but one of the stipulated crimes was setting up a contribution to a Republican Congressman during the 2016 campaign. The location connects this to other cases too!

If you think this cooperation means little, the cooperation started in Oct. 2019. By Dec. 2019 an Obama cabinet official & former Republican in Congress Ray LaHood was forced to flip & secretly cooperate against the Swamp.

Ray LaHood was a Swampy Republican from Illinois, who endorsed McCain in 2008, yet still was appointed Obama’s Secretary of the Treasury in early 2009. What kind of connections do you need to get a cabinet seat from a President in the opposite party that you campaigned against?

Isn’t it weird that so called conservative media failed to mention that an Obama cabinet official admitted he was guilty of taking foreign cash & concealing that information from his ethics reports?

Open Secrets has cross referenced the illegal donations with the FEC data on donations to identify the 4 campaigns not named in the DOJ information. Mitt Romney’s 2012 Presidential Campaign and 3 Republican Congressmen.

(…) That 2016 donation in Los Angeles, it is likely that it went to California Republican Darrell Issa. The chairman who hunted down the truth on #Benghazi, #IRSTeaParty and #FastAndFurious until Speaker Boehner took the Benghazi case away & gave it to Gowdy.

In June 2018 Rep. Issa made a surprise announcement that he was dropping out of the race for re-election.

Did he drop out because of an investigation into these illegal donations that could be weaponized by oppo research to flip his seat in 2018?

(…) By specifying details of only Republicans, this baits the media into covering the story a little. Had the DOJ mentioned details connecting Chagoury to the Clintons the media would have buried it in an unmarked grave. This gets info on the record around media bias!